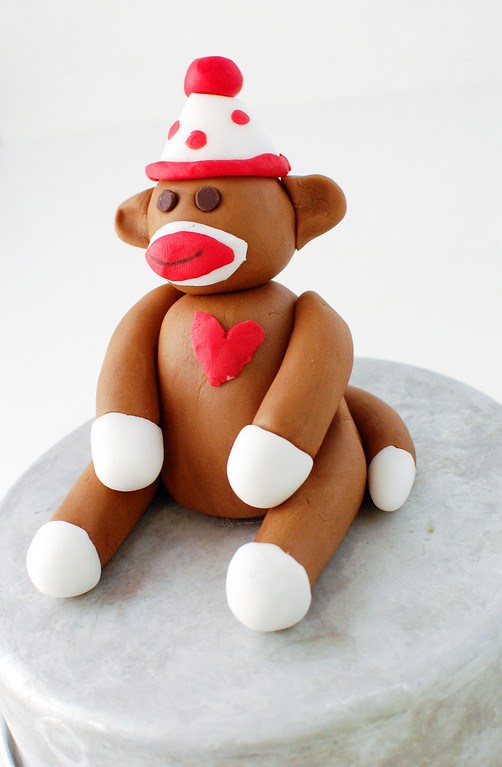 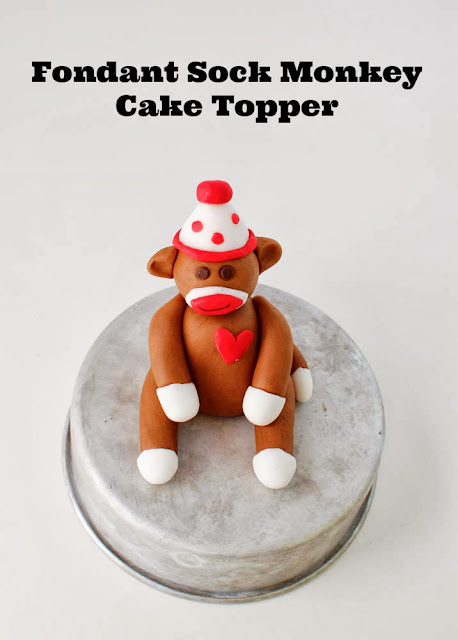 My sweet and wonderful friends are expecting their first baby just after the New Year.  Mandy had been my best friend for longer than she hasn’t and I’ve known her husband for almost the same amount of time.  I am so excited that are welcoming an addition to their family!

Which is why when her sister asked me to make a sock monkey cake topper for her shower cake, I wholeheartedly agreed.  The cake was mainly meant to be decorative, a small 6 inch cake.  Her sister, also a cake decorator, was doing the cupcakes.

I meant to have a tutorial for you, but when I build fondant critters, it’s a bit of trial and error and I stopped taking pictures about halfway through which is pretty useless to you.

These things I can tell you: