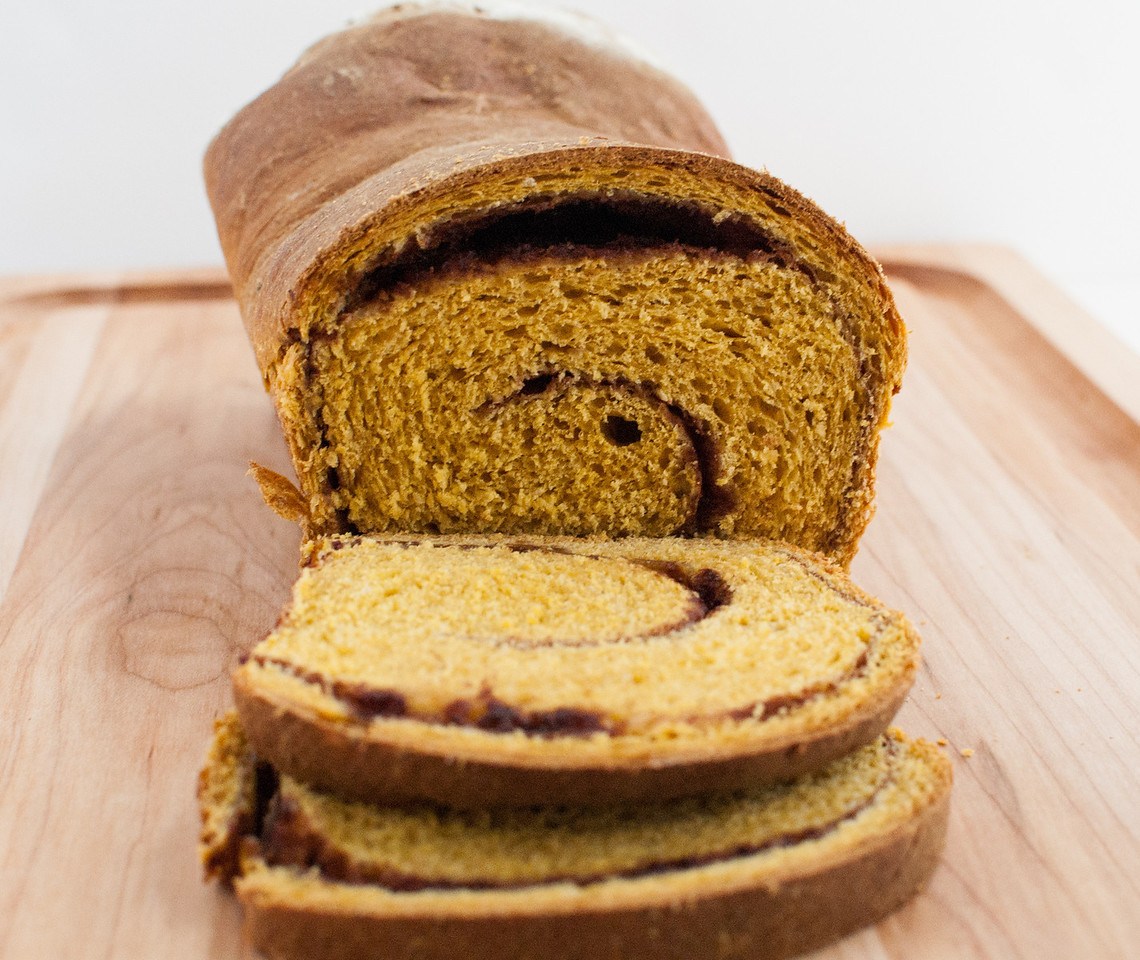 Cinnamon swirl yeasted pumpkin wheat bread is an autumnal twist on plain ‘ole cinnamon raisin bread. Soft and fluffy with a twist of cinnamon in the middle it’s the perfect fall bread!

This is a fall riff off of my cinnamon raisin bread. Because this is the time of year when you add pumpkin to everything. Just roll with it, you’ll be glad you did.

How long is cinnamon raisin bread good for?

Homemade bread is best the day it’s eaten. Wrapped tightly in plastic wrap or a Ziploc bag, homemade bread stays fresh 3-4 days. After that it starts to get a little bit stale. That’s when it can really benefit from a little time in the toaster oven. Because there are no preservatives, homemade bread will start to mold usually after 5-6 days. You can keep it in the fridge to slow the molding process down and you might get closer to a week.

Because this recipe makes two loaves and homemade bread doesn’t last very long, I typically give away one of my loaves. Everybody loves homemade bread and that way it doesn’t got to waste. I love leaving a loaf of freshly made bread on someone’s doorstep for a fun surprise!